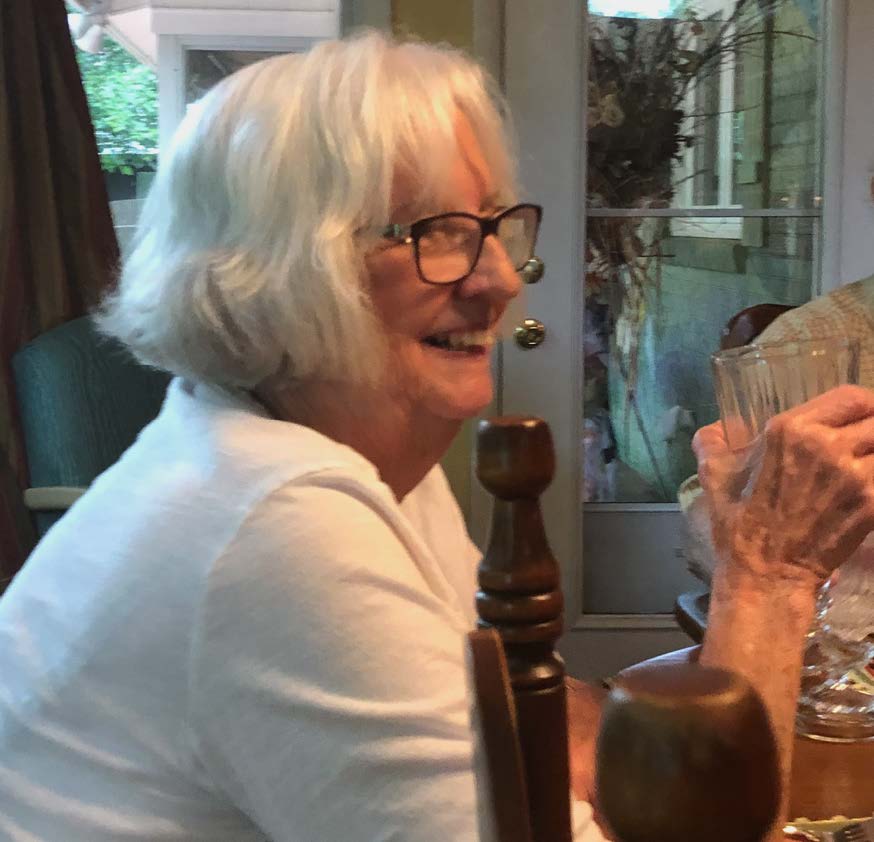 Bobbie Britt is the first featured artist of the recently founded Robeson Art Guild.  Her large vibrant abstract paintings make powerful statements throughout the hall gallery, throughout the administrative rooms, and in the main sales gallery; her smaller works surprise our visitors in the kitchen, in the front room gallery and other locations.

Plans are for our featured artists to have the luxury of exhibiting in all available spaces throughout the Guild House while the Blue Room Gallery is designated for a year of shows open to the “combined work of many” artists from the community, the region, and the state in response to themed invitational exhibitions.  These theme-response invitational shows will be competing for cash prizes through judges’ awards and viewer awards.

All works in all galleries can be for sale unless the artists choose to reserve them for various reasons.  Meanwhile. . . as Stephen Colbert says, what and who is the “featured artist?”

Bobbie is a surprise herself.  She was reared in Blytheville, Arkansas, and attended the University of Mississippi and was graduated from Stephens College in Columbia, Missouri.  She and her sister, George Anne, shared a unique childhood in the “land of cotton” and both remember fondly their adventures in the “Deep South” as they worked in their father’s country store and sold Saturday night popcorn and RC Colas in their company-store movie theatre. Bobbie’s childhood and teen years were experienced in technicolor for certain.

Bobbie’s creative expression was rooted in her family. Mother and Grandmother loved decorating, quilting, crocheting, hooking rugs, and gardening, foods for the table and beautiful plants just for “the looking.” Surrounded by all of that artful living, Bobbie always managed to add a class or two in the arts to a somewhat “extended” college career.  She married and travelled with her husband to live in Japan for several years until she returned to the states in the ’70’s and began a traditional work career in mental health that lasted for more than 30 years. That and her four children absorbed her creativity for most of those years. She did enter one show with a watercolor and won first place but actually she put her art aside until 2010 when she began to explore art on the internet and once again took a few classes.

Her creativity was somewhat limited until 2018-20.  Her world and the world as a whole had changed dramatically.  She found much needed self-healing and the feeding of her soul in the art she made.  She credits God as the miracle worker in her life and she believes she has been given the gift sharing her creativity through her art as part of God’s love.

Abstract work is her special love and Picasso is her favorite artist.  Bobbie’s featured artist exhibition will be on display until February 10, 2022and she will be teaching at the Guild House using acrylic, cold wax, oil and other mediums.

Supported by a grant from